It was back in 2010 when I was watching How I Met Your Mother and came across this awesome inspirational passage of dialogue between Ted and Lily.

Lily Evans:
Architecture is killing you Ted. And it’s killing us to watch it killing you. You’re like that goat with the washcloth. You want it so bad and every time the world tries to take it away from you, you keep grabbing it. It’s just a washcloth, why do you even want it?

Ted Mosby:
I should just do nothing?

Lily Evans:
No. Listen to what the world is telling you and take the leap. 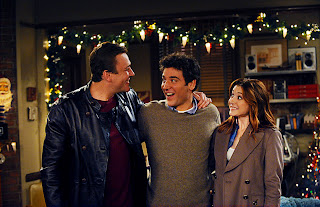 Obviously this dialogue did strike something in me because I actually rewound the episode (well, moved the bar back on the computer more like,) wrote down every single word and posted it as a Facebook note. At the time of hearing this, I was currently having the worst year of my life. Seriously, everything was going wrong. I wanted to get a great entry level human resources job so badly and I just couldn't seem to break into the field. The job I DID end up getting at a company called SQM was practically a hostile work environment.

So I did what I should have done. I listened to my gut, I listened to Lily Evans and I listened to what the world was telling me. I moved over into marketing and since then have been loving life and eventually started my own marketing company, Business Marketing Den. If I hadn't listened to any of this I might still be searching for that dream job in human resources and enjoying life a whole lot less.

So what does this say about gut instinct?

Well, if you've been living on planet Earth long enough then you've probably heard a few choice sayings. Like to always 'go with your gut' or 'listen to what your gut is telling you.'

Although that sounds like it might be a good idea, your conscious rational mind tells you that you can't just listen to your gut without thinking the situation through. After all, what does your gut know? It hasn't had time to weigh all the pros or cons like your conscious mind wants.

Your gut instinct is way more than just an intuition. It is your subconscious minds' way of giving you the information you need well before you've had a chance to think it through. Your 'gut' is the subconscious picking up on all sorts of observable cues that you have been learning to associate with people and situations since the time you were born.

For instance, think about the last time you met someone new or watched someone do a presentation. Within the first thirty seconds of meeting them or perhaps before you even spoke with them if you observed them from a distance, you had probably already formed a first impression.

This is simply your subconscious picking up on things your conscious mind hasn't yet had time to process. Things such as posture, body language, style, facial features and composure.

I recently spoke with a Realtor who had previously worked as a recruiter in human resources for 19 years and was talking with her about marketing her website. Although we had just met we were both very open with each other and there was clearly an element of mutual trust between both of us. Near the end of the meeting she said that she could tell I was genuine and she 'had a good feeling about me.' This was great to hear and I could honestly the same about her. There was no real reason for either of us to feel this way other than gut instinct and I firmly believe that intuition shall prove to be right.

I'm not saying to not put any thought and consideration into a situation, but the next time you have a difficult choice to make, listen to what your gut is telling you. After all, it's probably smarter than you.