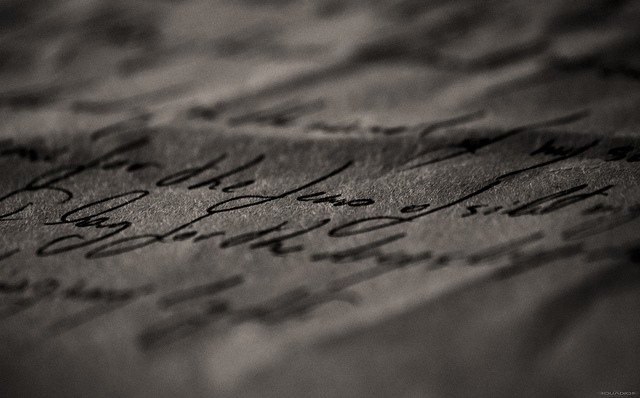 It was back in December of 2013 when I finished writing my first ever novel and just like what anyone who is enthusiastic about their most recent accomplishment would do, I rushed onto Facebook to make a status update. It was not until later when I would think about just how much writing a novel is like building a house.

"FINISHING at 131,000 words, 24 chapters plus a prologue and an epilogue, I have written my first ever novel! Now the journey of edits, revisions and rewriting begins. After that, it's on to seeking publication!!!"


Needless to say, the comments while congratulatory also were curious as to what the novel was about. Some people knew I had been working on one and others had no idea. But I had been awfully quiet about what the novel is actually about as I had been advised to keep things "under wraps" until it is at a point where it was ready to be published. Anyone who has written a novel understands that while finishing your first draft is a huge accomplishment in and of itself, it is also nowhere near being finished. How to explain this to someone who has not written a novel while not coming off as sounding pretentious, is the challenge.

While I did not give any concrete answers on this Facebook post, friends and family continued (and still continue) to probe me for more information. I am happy to talk about it and wish I could be more open, but until it is at a point further down the road, the advice I am following is to keep things quiet. When explaining to people why this is what I am doing, I came up with a metaphor of how writing a novel is like building a house. Here is how it works.

Blueprints and Mapping it Out
When a house gets built, it all begins with urban planning and blueprints. Before anything is actually physically constructed, everything gets mapped out. This is similar to how some authors are referred to as "architects" where they pretty much plan every single aspect of their story out before it gets written. Of course, other authors are "gardeners" that just start writing and see how the story grows and progresses. Other authors fall somewhere in-between.

Building the House and Writing the Novel
After a house has its blueprints created and all the pre-planning is done, it is time for the construction workers to come along and physically build it. Once a house has been initially constructed, it looks something like the image below.

Before a house gets its walls, ceilings, plumbing and electrical work all put into place, it must first actually be constructed. The result is sort of like a wire-frame. Technically it is a house, but it is certainly not ready to be shown off to the public. If a Realtor attempted to sell a house in this state to a client, the Realtor would be looked at as if he or she were certifiably insane. And rightfully so because in no way is a house in this state ready to be presented to anyone. There is still tons of work that has to be done to make it look nice.

Well, that is basically what the first draft of a novel is.

It is rough, unpleasant to look at and most certainly not worth showing to anyone. If a literary agent was shown a first draft of a novel they would toss it in the trash (or well, drag it to the recycling bin icon on their desktop) before they finished the first chapter. A first draft of a novel is filled to the brim with errors ranging from simple items such as spelling, grammar and interchanging tenses to major issues like giant plot holes and sentences that would make both the reader and writer cringe.

Putting the Walls up and Making Revisions
Once the house has been constructed, all of the niceties can be put into place to make it transform from being a representation of a home into an actual full-fledged livable residence. Not only are the walls, ceilings, plumbing and electrical work going to be added but so are the carpets, paint, wallpaper, cabinets and so forth. Essentially, everything that can be introduced to turn this house into a home that is worth showing off is being done.

This is what revising a novel is like and it is in most cases it is literally going to be just as tedious as writing the initial draft if not even more so. There is a lot of work to be done here that goes far beyond making simple spelling and grammar changes. Entire sections or even chapters may end up having to be rewritten for various reasons.

In my case, I pretty much ended up rewriting my first two chapters because I had improved so much as a writer from the time I had started that those chapters made me cringe. I had also changed some major elements, which made it so that those chapters did not make too much sense anymore. I am going to have to go back and change them AGAIN now because I made even more changes later in the novel so those first chapters do not add them the way they were supposed to even after the first set of revisions.

Home Inspections and Editing
By this point, the house is pretty much ready for sale but not quite. It still needs to have a home inspection done and a cleaning crew should probably come along and give the place a nice solid vacuum and scrub. After all, the people that have building it so far have done a great job but when they look at their creation with the same set of eyes, things tend to get missed. "Flaws" may end being overlooked either because the original builders either did not notice them or did not think they were worth fixing. No problem though! They have done a great job to this point and the inspectors and cleaning staff can handle the finer details so the place positively radiates.

Of course, this final process is like getting an editor to look over the final draft presented to them by the author. The editor has a trained eye for all things spelling, grammar, punctuation and pretty much every other fine little detail that the author might have accidentally missed. Once all of this has been looked after, then just like building a house, writing a novel is finally complete and the final product is ready to be presented to the public. Now, the ball is in their hands and the author can only hope the public likes it as much as they do.
Posted by Byeka at Monday, February 17, 2014