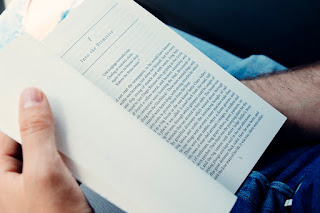 On August 20, 2016, I attended Toronto Writing Workshop at the Marriott Hotel. Besides having Chuck Sambuchino from Writer's Digest as our target speaker, there were ten literary agents in attendance and one small publisher. You can see which agents were present by clicking the first link and scrolling down.

You could pay extra to meet and pitch to agents one-on-one. I highly recommend doing this as its infinitely better than emailing query letters with no prior introduction.

Immediately after lunch, we entered into a session called Writers' Got Talent. The premise was that Chuck would read out the first page of an atendees unpublished manuscript, and the agents sitting on the panel would raise their hand when (or if) they would stop reading. If six hands went up, Chuck would stop reading, altogether.

How were the submissions chosen? At the start of the day, writers were invited to hand in twelve copies of their first page to the volunteers. No names or story titles were to be included - only the genre. A few of those submissions would be chosen 'randomly' and read out loud. I put 'randomly' in quotations as I suspect it wasn't truly random, due to the diversity of book genres we heard.

My own manuscript, Elementalists: The Fires of Canicus, a YA Urban Fantasy, was not selected and I'm not sure if I'm happy or sad about that.

During this session I kept detailed notes on what made agents stop reading so I could present the information to my readers later.

So why do literary agents stop reading your manuscript submissions? Here are a few reasons why:

1) (I didn't record the genre): Too much telling and not showing. It had a prologue. Starting with action sequences is good but pausing for description interrupts the flow. Excessive swearing for no reason.

2) Middle-Grade: Too much early description isn't a major hook. The same word, "tree" is repeated too much. You have to grab middle-grade readers attention quickly. Exposition and description isn't the way to do that.

4) Sci-Fi Comedy: (6 hands went up) - First paragraph is too techy. Also, it's an early indication that the book will be too wordy. Description overkill. First sentence was, "Hey, dude, you ever get tired of probing things all the time." - two agents liked this but one didn't (said it showed immaturity on behalf of the character). Probed is a great word but reusing it throughout the first page reduced its effectiveness.

5) Women's Fiction: (6 hands went up) - Lots of description. Lack of flow. Avoid starting your story with the 3-W's: Your character Waking up. What your character looks like. The weather.

6) Low Fantasy: (6 hands went up)  -Grammatical errors - yikes! Profanity for no good reason. Genre sounds misclassified and like it should just be regular fantasy.

7) YA Sci-Fi: Cliche phrases like "grimacing" (minor thing). First line didn't have a hook. Lack of congruency between internal thoughts. A lot of books start with "bored" characters. Not the best idea because that energy can transfer to your reader. Not clearly seeing a plot or any immediate issue.

8) YA Fantasy: (6 hands went up) - Starts with character looking down and describing herself. Weird things in the description. Scenario isn't clear.

9) Literary Fiction: (6 hands went up) - Books described as 'literary fiction' garner an immediate "uh oh" from some agents. They think writers who do this are either self-congratulatory or have a big ego. Using big words to sound fancy for the sake of being fancy. (Those were the issues with this first page)

10) Memoire: (6 hands went up) - Breaking the 4th wall - creates an uncomfortable feeling. Don't want to read about a character who isn't self-aware. Should be hearing a story we've heard before but told in a different way. Leading questions are bad. Nothing unique about this situation.

Ten submissions were all we had time to get through before the agents had to go back to the other room and listen to more book pitches. This entire process took about an hour and a half.

I hope you've learned something useful from this post!

By the way, I've been building a new website called Writing a Book Café for the past two months. It's a site jam-packed with useful articles on how to plan, write, edit, publish and market your own book. I also have additional long-term plans to help writers publish and market their work with this website.

I'm hoping to have it launched by the end of September. Please like the Facebook page or subscribe via email to be notified when it goes live.